About the International Centre for Legal Protection

The International Centre for Legal Protection (ICLP) is an independent body set up to defend the Russian Federation in complex legal disputes such as the Yukos case.  The ICLP was established by two major Russian legal research institutions: Institute of State and Law of the Russian Academy of Sciences and Federal State Research Institution “Institute of Legislation and Comparative Law”.   Given the diversity of jurisdictions in which the Russian Federation has been attacked in the Yukos case, the ICLP has been playing an important role in coordinating the efforts of international legal teams on the one hand and bringing in the best international and Russian experts to work on the case on the other. 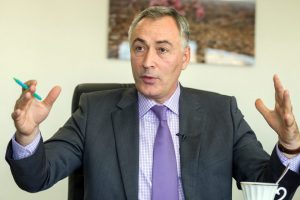 Andrey Kondakov has been Director General since June 2015 following a diplomatic career including roles as delegate to G8 summits and as a member of the Governmental Commission of the Russian Federation on the Accession to the WTO and OECD. Prior to heading up the ICLP, Andrey was President of the Black Sea Trade and Development Bank (BSTDB).