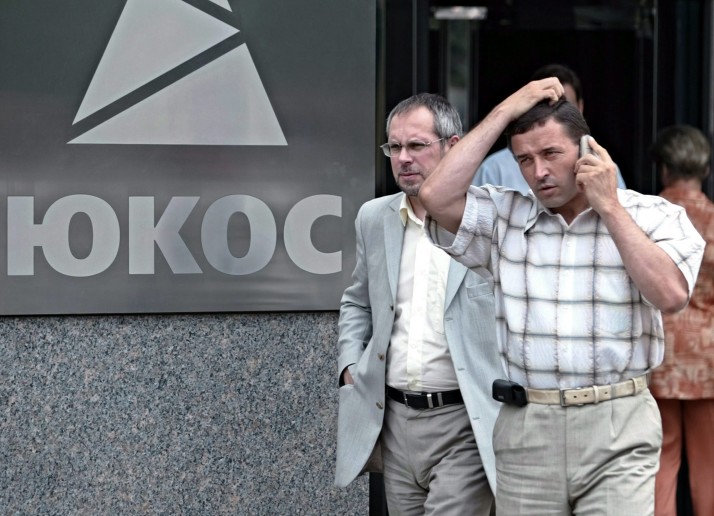 Mr. Gololobov is the first key Yukos insider to come forward to speak in specific detail about the billion-dollar bribery scheme run by the former majority shareholders (the “Oligarchs”) of Yukos.  Mr. Gololobov has lived in London, England, since 2004, and did not agree to testify regarding his former employers’ criminal activities until 2016.

Mr. Gololobov served as Yukos Deputy General Counsel and was a member of the Oligarchs’ inner circle from 1995 to 2004.  During that time, he learned firsthand how the Oligarchs rigged the Russian government’s “loans-for-shares” auctions in 1995 and 1996 to illegally acquire ownership of Yukos.

As Mr. Gololobov testifies, his former employers were able to manipulate the privatization, in part, by promising kickbacks to the government-appointed managers (the “Red Directors”) charged with administering part of the “loans-for-shares” privatization process.  The Red Directors were promised 15 percent of the proceeds of any sale tied to the oligarchs’ Yukos shares.  Based on the price of Yukos shares, this could have amounted to between one and two billion U.S. dollars.  Bank records show that at least hundreds of millions of dollars were ultimately paid under this corrupt agreement.

Andrey Kondakov, the Director General of the International Center for Legal Protection, which was formed by the Russian Federation to fight this case, said, “Mr. Gololobov’s testimony represents another step forward.  It confirms the corruption, fraud and bribery perpetrated by the Oligarchs at the expense of the Russian people and it validates the position that the Russian Federation has maintained throughout the Yukos case – that the Oligarchs’ arguments are just lies about lies.”

In fact, Mr. Gololobov’s testimony chronicles the web of fraud and deception that the Oligarchs wove before, during and after their tenure at Yukos. Between 2001 and 2003, for example, the Oligarchs did not disclose material information to the U.S. Securities and Exchange Commission (SEC) and U.S. investors when they sold American Depositary Receipts (ADRs) for Yukos on U.S. securities markets.  At the same time, the Oligarchs concealed information from their own U.S.-based lawyers and accountants for fear of disclosing too much regarding past illegal activities, which would have precluded the ADR sale.

As Mr. Gololobov notes in his testimony:

“One of the key questions … was how to conceal the Oligarchs’ illegal activities in 1995 and 1996 (which we referred to as the ‘old sins’), while still providing enough detail in the registration statements to satisfy the SEC.”

These revelations demonstrate that U.S. investors were ultimately defrauded and tricked into buying property which the Oligarchs obtained through collusive bidding and corruption from the Russian people. Under the Russian Presidential Decree establishing the “loans-for-shares” program such collusive bidding rendered the transfer of shares null and void.  The U.S. investors later lost billions after the Oligarchs’ corrupt schemes (including their well-documented tax evasion) collapsed.

The Russian Federation will continue to use all legal avenues to prevent the Oligarchs from extracting any further money from the Russian people.  Notably: